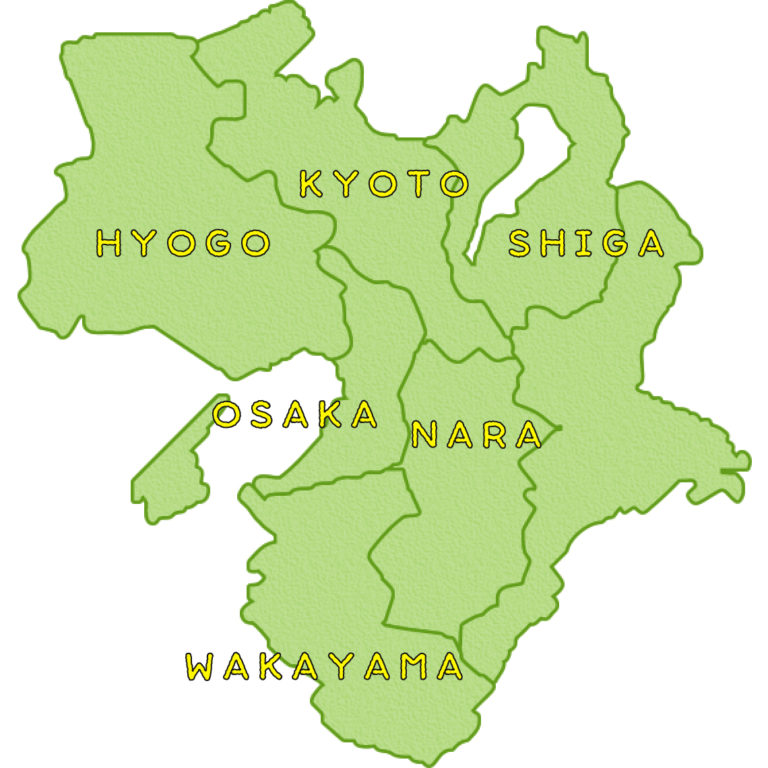 What’s the difference in between Kansai and Kinki?

関西 [KANSAI] (かんさい) means “west of Sekisho”. 関所 [SEKISHO] (せきしょ) is the place where was used as a checkpoint in the past. On the other hand, the region that is “east of the Sekisho” is 関東 [KANTOU/KANTO] (かんとう). There are many theories about which “Sekisho” is the boundary to divide into “Kansai” and “Kanto”.

Since there is no unified recognition of the boundary between “Kansai” and “Kanto”, there are various ideas about which areas are included in “Kansai”.

However, the most common view is that the Sekijo is 逢坂の関 [OOSAKA NO SEKI] (おおさかのせき)(Otsu City, Shiga Prefecture), and “Kansai” includes Kyoto, Osaka, Hyogo, Nara, Shiga and Wakayama prefectures.

The “Kinai” is the location of the 皇居 [KOUKYO] (こうっきょ) “Imperial Palace”. Specifically, there are five places in the Kinai area.

Kansai people are impatient. They start crossing before the traffic lights change, and their walking speed will be much faster than people in other areas. Cabs in Osaka are driven roughly, and if the car in front of you is slow to start, you will be honked at.

People in the Kansai region are loud and talk everywhere. Many of them like to talk, and you can hear people talking on the train, just like in a coffee shop. Especially 大阪のおばちゃん[OSAKA NO OBACHAN] (おおさかのおばちゃん) “middle-aged women in Osaka” can’t stop talking with people they meet on the street or in stores.

Kansai people are friendly. Especially in Osaka, you are often approached in the city. If it’s 大阪のおばちゃん[OSAKA NO OBACHAN] (おおさかのおばちゃん) “middle-aged women in Osaka”, she may give you candy as you talk to her. They always carry candy with them for some reason.

People in Osaka especially love to make people laugh, so it is normal for them to joke around in conversations with people. Unless you’re from the Kansai region, you won’t know if the conversation is real or a joke.
There is a famous entertainment production called 吉本興行 [YOSHIMOTO KOUGYOU] , which attracts a lot of young people who want to be successful as comedians. Many of the comedians working in comedy and television are from the Kansai region. 吉本興行 [YOSHIMOTO KOUGYOU] runs a comedy show called 新喜劇 [SHIN KIGEKI] (しんきげき), which everyone in the Kansai region knows about.

Kansai people are notoriously stingy. They are also friendly, so they consider bargaining as a form of communication and not something to be ashamed of. For example, when you buy new clothes, you might ask a friend, “How much do you think this cost? and they are proud if it is cheaper than their friends’ expectations. This is probably due to the fact that it has been a thriving business district since the Edo period.

大阪のおばちゃん[OSAKA NO OBACHAN] (おおさかのおばちゃん) “middle-aged women in Osaka” especally like to wear animal print clothes. In fact, if you go to a shopping district in the Kansai region, you will find many boutiques for them that sell a lot of such fancy clothes.
Also many of them have flashy hairstyles, and have punch perms or dyed their hair purple.

In Kanto it is customary to stand on the left side, but in Kansai people stand on the right side when riding the escalator. Be careful.

Outside of the Kansai region, being called an asshole would be interpreted as a real mockery and would make you feel bad. But in Kansai, they call someone AHO as a greeting, so we don’t mean to abuse them!

Kansai people often force the punchline into the story. If they’re just talking, they’ll say, オチは？[OCHI WA?] (おちは？) “What’s the punchline?” まだ終わりじゃないよな？[MADA HANASHI OWARI JA NAI YONA] (まだはなしおわりじゃないよな？) “That’s not the end of it, is it? You may be told, オチが弱いわ [OCHI GA YOWAI WA] (おちがよわいわ) “It’s a weak punchline!

They like to eat dishes made of flour, such as Udon noodles, お好み焼き [OKONOMIYAKI] (おっこのみやき), たこ焼き [TAKOYAKI] (たこやき) and 焼きそば [YAKISOBA] (やきそば). And eating them with rice, which is the same carbohydrate, is their food culture.
Since Takoyaki and Okonomiyaki are everyday home-style dishes, most families have a Takoyaki machine.

When people from other regions move to Tokyo, they are embarrassed by their own dialect and try to use standard Japanese, but people in the Kansai region take pride in their Kansai dialect and speak it proudly even when they go to other regions. They have a strong sense of locality and rivalry with Tokyo and Kanto.

Listing for Kansai (Osaka, Kyoto, Hyogo, Nara, Shiga and Wakayama) area Dialect まいど [MAIDO] It is the first greeting a[…] 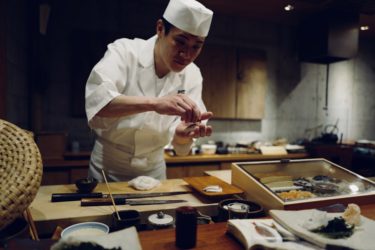 Other local Dialects in Kansai

What’s the differences in between Kyoto dialect, Kobe dialect and Osaka dialect.

The crucial difference between the Osaka, Kyoto and Kobe dialects is the endings of the words.
For example when you want to ask what the person in front of you is doing