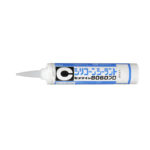 Construction to fill in the seams and gaps in a building. It prevents rainwater from entering through seams and gaps, and expands and contracts when it vibrates. It is called CAULKING as well. [Image is cited from CEMEDINE ]

A rotating vane attached to the ceiling. It functions to circulate the air inside the room and reduce the temperature difference between the upper and lower floors.

Lighting fixtures that attach directly to the ceiling to illuminate a wide area.

This refers to the purchase of land by a real estate company in order to secure land for a business.

A person or company that negotiates with a landowner or tenant to acquire land in order to secure a site for construction. During the bubble economy, the buying and selling of real estate through forceful methods became a problem. 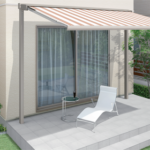 A piece of equipment or curtain fabric that creates shade by blocking light. Some of them can be moved up and down.
[ Image cited from LIXIL ]

An area that has already formed an urban area and an area that should be prioritized and systematically urbanized within approximately 10 years, as determined by city planning.

A system whereby a certain portion of the security deposit paid by the tenant to the landlord is not returned to the tenant. This non-returnable amount. This is a practice only in the Kansai region.

A residential building that has been the site of a dispute over rights or an accident, such as flooding, suicide, or bankruptcy. Transaction prices are often low to reflect the circumstances.

Monuments, such as shell mounds, burial mounds, ruins of capital cities, castle sites, and old houses, which are of high historical and academic value to Japan.

An individual’s seal that has been registered with the mayor of the city or ward in advance.
A seal that can be issued with a 印鑑証明 [INKAN SHOUMEI] (いんかんしょうめい) “seal certificate”.

A mixture of slaked lime and glue.
It has been used as a plastering material since ancient times in Japan.

Sick house syndrome : Illnesses caused by being inside a house with no apparent cause

A low-height closed cupboard that touches the floor.

A special law under the Civil Code that makes special provisions for land leases and building lease contracts, etc.

A house to rent and live in. In contrast, a house that one owns and lives in is called 持ち家 [MOCHIIE] (もちいえ).

Real estate owned for the purpose of earning rental income

JYUYO means important, JIKO means Issues. This could be translated as the Property Disclosure Statement of Important Issues.

The lease contract and Important Points Explanation of Property to be Leased will be prepared and issued by the real estate company that acted as an intermediary based on the contract.

Please understand that it is the role of the explanation of important matters to have the tenant grasp the contents more strongly though it becomes similar contents because it is made based on the contract.

In that case, the obligation to explain important matters is eliminated, so it is considered that the contract is made only by the contract.

This is the money collected monthly from unit owners for the 管理組合 [KANRI KUMIAI] (かんりくみあい) “management association” to carry out repairs in accordance with the [長期修繕計画] (CHOUKI SYUZEN KEIKAKU) “long-term repair plan”.

It is a document that proves where the vehicle is stored, which is required to own the vehicle. When you buy a car, you have to register the place where you will store it. Shako shoumei is required for that registration.

At this time, the guardian deities of the land and the building and the gods of artisanship are enshrined, and  thank them for the progress of the construction so far and to pray for the safe completion of the building from now on.